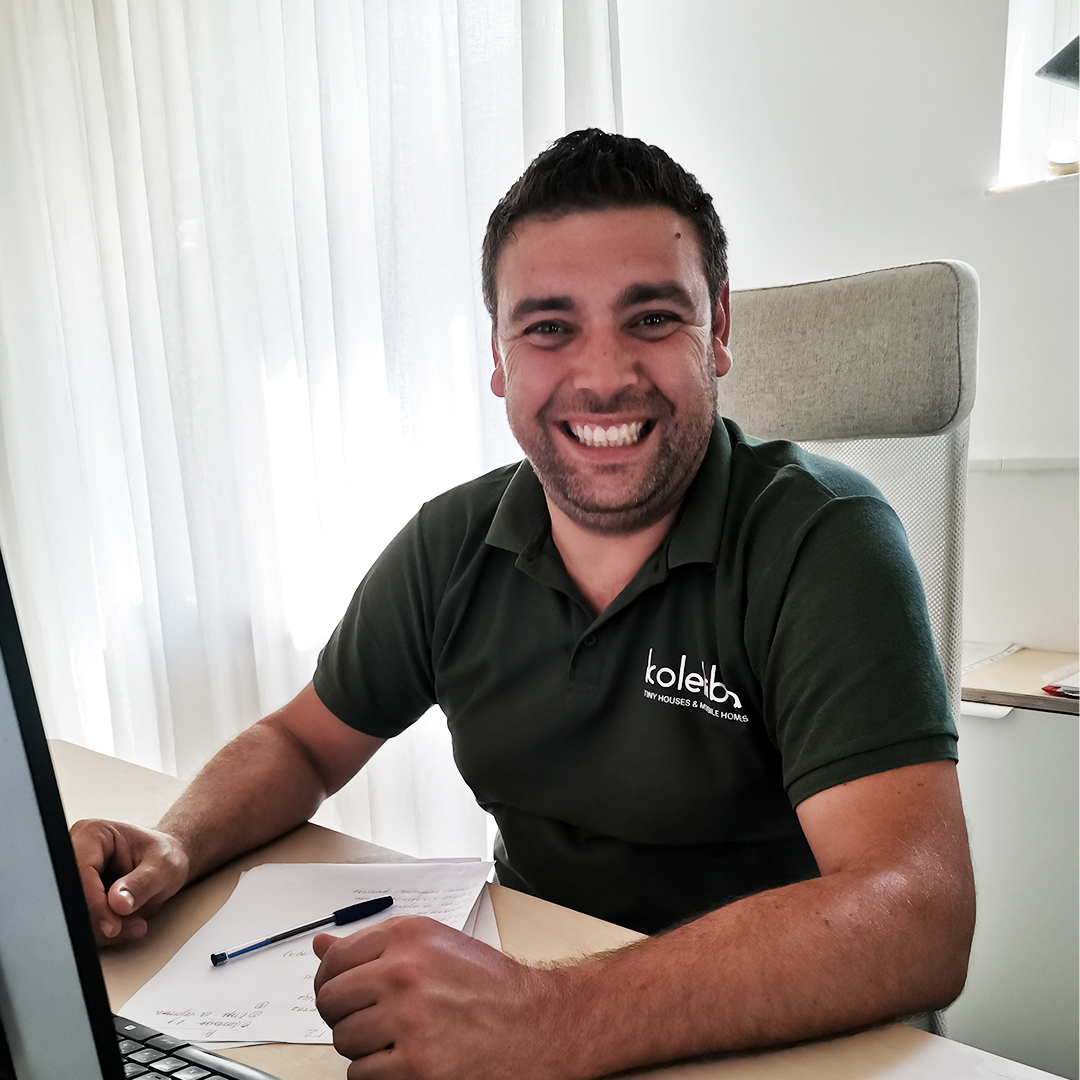 Ivelin Georgiev studied car engines and has been involved in different companies in the field. In 2016 when the first prototype of Koleliba was finished he left his former position in ACT, Gorna Oriahovitsa and jumped into tiny house building full-time.

Ivelin's background is rooted in mechanics and engineering was very useful, especially in the early days of the company when the technology of a mobile house was created and developed. His expertise led to a series of improvements and his attention to detail worked wonders in organizing and managing the building process.

Ivelin is now a head of production but is always there to take any position needed so the project could be finished on time.

Ivelin enjoys spending his free time fishing. He is also a keen keeper of some old Bulgarian traditions of making meat delicacies.

It is no secret that Ivelin and Hristina beside business partners are also a couple and share not only the passion for tinies but their life and love. They have a little boy - Boril - who could often be found helping in the workshop or at the office.

Let's get to
know each other

You will receive our monthly newsletter directly to your inbox.